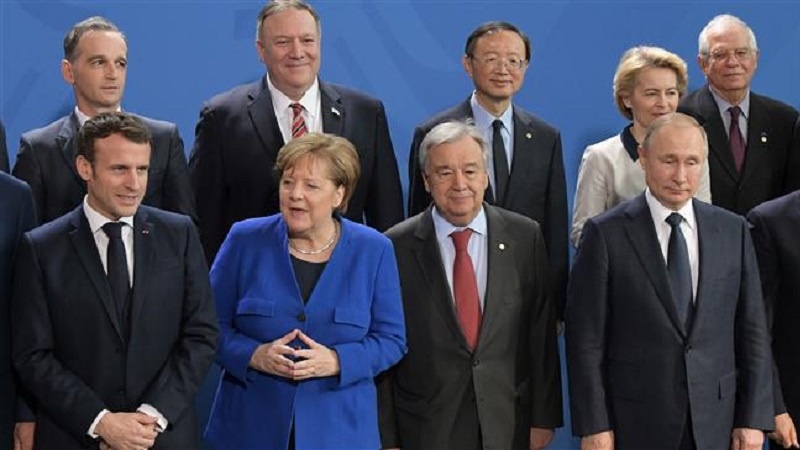 Key players and foreign powers implicated in the Libyan crisis have agreed on the need for a ‘permanent’ ceasefire and an end to foreign interference in the country.

According to Press TV, the announcement was made in a final communique concluding a day-long summit attended by the leaders of Germany, Russia, Turkey, and France in the German capital of Berlin on Sunday.

Speaking to reporters, German Chancellor Angela Merkel said that the summit’s participants had agreed that a truce set in Tripoli over the past week should be turned into a permanent ceasefire to lay the ground for a political process in the future.

She said that a special committee comprised of five military representatives from both rival Libyan sides will monitor the truce.

The German leader highlighted, however, that major disagreements continue to exist between Serraj and Haftar, who did not meet during the summit.

“We know that we have not solved all of Libya’s problems today but we were aiming for fresh momentum,” she said.

Russian Foreign Minister Sergei Lavrov also said that the summit failed to launch necessary talks between the two rival Libyan factions despite having a number of positive outcomes.

“It is clear that we have not yet succeeded in launching a serious and stable dialogue between them,” Lavrov said.

UN Chief Antonio Guterres, however, praised the summit as a positive step preventing the crisis from spiraling into a larger regional conflict.

“Until now we have an escalation of the Libya conflict with some foreign interference. Now we are facing the risk of a true regional escalation. And that risk was averted in Berlin,” he said.

He added that representatives from the two rival Libyan factions will attend follow-up talks in Geneva in a bid to consolidate the current fragile ceasefire “in the next few days”.

Since 2014, Libya has been divided between two rival governments, the House of Representatives based in the eastern city of Tobruk and the unity Government of National Accord (GNA) in Tripoli.

Last April, renegade general Haftar, who backs the eastern government, launched an offensive to capture capital Tripoli and oust the GNA. Despite intense and deadly clashes between the two sides, Haftar has so far failed to achieve his objective.