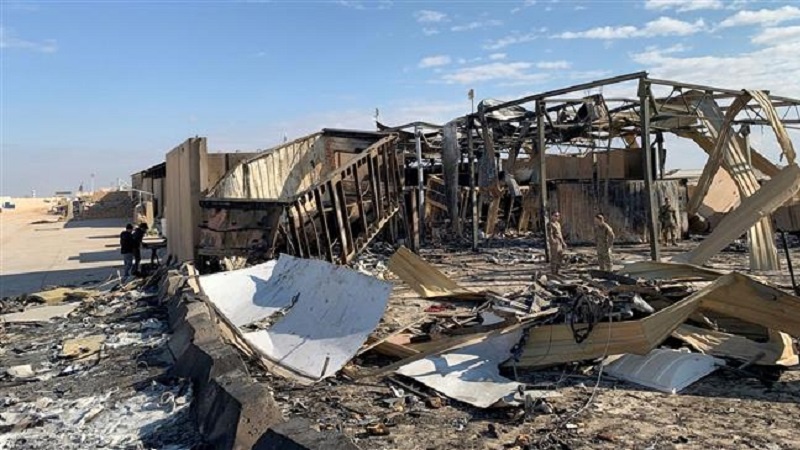 The United States military has said that 11 of its troops were wounded in an Iranian retaliatory missile attack last week despite Washington’s initial claim denying casualties.

According to Press TV, US Central Command Spokesman Captain Bill Urban said in a statement on Thursday “While no US service members were killed in the January 8 Iranian attack on al-Asad Air base, several were treated for concussion symptoms from the blasts and are still being assessed.”

On January 8, the Islamic Revolution Guards Corps (IRGC) fired volleys of ballistic missiles at Ain al-Asad, a large airbase hosting about 1,500 US troops, and another outpost in Erbil, the capital of the semi-autonomous Iraqi Kurdistan.

The missile operation was in response to Washington’s January 3 assassination of top Iranian Lt. General Qassem Soleimani, who led the IRGC’s Quds Force.

The assassination also resulted in the death of Abu Mahdi al-Muhandis, who was the second-in-command of Iraq’s Popular Mobilization Units (PMU).

Speaking on the morning following Iran’s reciprocal military operation, US President Donald Trump had claimed that “no Americans were harmed in last night’s attack”.

“We suffered no casualties, all of our soldiers are safe, and only minimal damage was sustained at our military bases,” he added.

The Pentagon had also initially ruled out any casualties from the attack.

Speaking on Thursday, however, Urban said that US soldiers injured from the Iranian missile strikes had been taken to US bases outside Iraq for further treatment “out of an abundance of caution”.