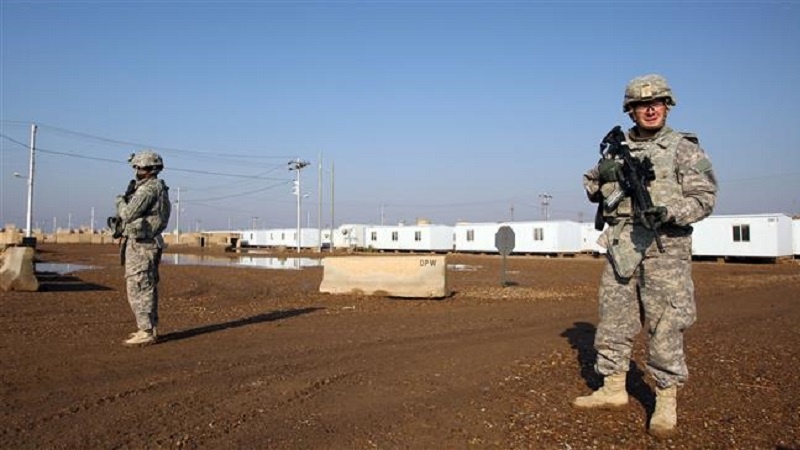 According to Press TV, the statement from Iraq’s military on Tuesday said Camp Taji had been targeted by Katyusha rockets but reported that there were no casualties.

The statement did not say how many rockets had hit the military base, with no group claiming responsibility for the attack.

The Iraqi military also said on Sunday that four people were wounded after eight Katyusha rockets were fired at Balad Airbase, which houses US personnel about 80 kilometers north of Baghdad.

The attacks come after Iran launched retaliatory strikes at two US military complexes last week — one at the Ain al-Assad Airbase in the western Iraqi Province of Anbar and at another outpost in Erbil, the capital of the semi-autonomous Iraqi Kurdistan.

The missile operation was in response to the January 3 assassination by US terrorists of Lieutenant General Qassem Soleimani, Commander of the IRGC’s Quds Force, and Abu Mahdi al-Muhandis, the Second-in-Command of Iraq’s Popular Mobilization Units (PMU), and a group of their companions in Baghdad. The cowardly operation was conducted under US President Donald Trump’s direction. The US Department of Defense took responsibility for the assassination.

Both commanders enjoyed deep reverence among Muslim nations over their endeavors in eliminating the US-sponsored Daesh Takfiri terrorist group in the region, particularly in Iraq and Syria.

Last week, Iraqi lawmakers unanimously approved a bill that calls for the withdrawal of all US-led foreign troops from the Arab country in the wake of the assassinations.

The office of Iraq’s caretaker premier said Adel Abdul-Mahdi has asked Washington to dispatch a delegation to Baghdad to initiate preparations for the withdrawal of American terrorist troops from the country.