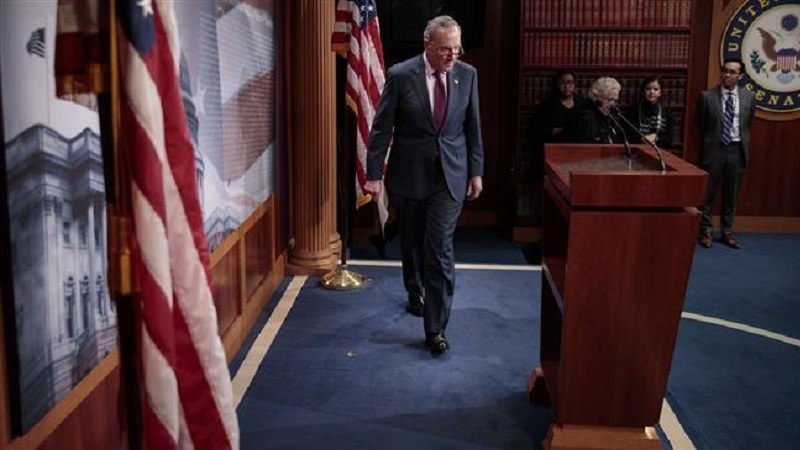 Top Democratic Senator Charles Schumer is calling for a “fair” impeachment trial at the upper chamber of the Congress held by the allies of US President Donald Trump.

The Republicans have suggested the trial would be held without any witnesses.

“Senate Democrats believe strongly, and I think that Senate Republicans agree, that this trial be one that is fair, that considers all of the relevant facts, and that exercises the Senate’s ‘sole Power of Impeachment’ under the Constitution with dignity and integrity,” Schumer wrote.

Trump has been accused of pressuring Ukraine — by withholding its military aid — to find dirt on his political opponent, Joe Biden.

“I also propose that the Senate issue subpoenas for a limited set of documents that we believe will shed additional light on the Administration’s decision-making regarding the delay in security assistance funding to Ukraine and its requests for certain investigations to be announced by the government of Ukraine,” Schumer wrote.

Two articles of impeachment have already been passed against Trump in the Democratic-held House of Representatives.

“This will be a narrowly drawn request limited to electronic communications, memoranda and related records of the relevant senior officials in the White House, Office of Management and Budget, and Department of State,” Schumer said.