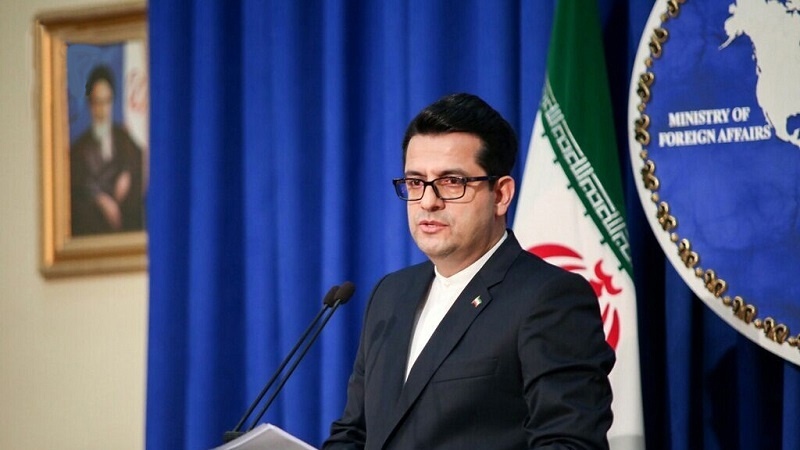 Iran has downplayed the latest US sanctions against the country’s Central Bank, saying that Washington’s campaign of pressure against Tehran has already failed.

Foreign Ministry Spokesman Abbas Mousavi said Saturday that the recent sanctions are nothing new and are the ones imposed previously in a different form.

“Americans have to admit that the sanction policy is a defeated policy, and the excessive use of this tool and the conversion of dollar into weapons have heavily questioned the US credibility and economy in the international community,” he said.

The era of America’s acceptance as a valid trade partner is over, said Mousavi.

He said that Iran has already found the ways to deal with the restrictions which are the toughest of their kind, and will continue to grow and develop by relying on domestic capabilities and cooperation with friendly countries.

The Iranian official added that the United States is pursuing a “confused and desperate policy” which is based on “bullying, unilateralism and waging economic terrorism against the others”.

He said that the US “lacks the capability of coming up with any sensible and dynamic diplomatic initiative to peacefully resolve disputes with other countries.”

Mousawi once again criticized Washington for withdrawing from the 2015 Iran nuclear deal, saying that talks with Iran would be possible only if the US returned to the nuclear deal.

“We have kept the way of engagement open. The ball is in Americans’ court and they must boldly admit their mistake of violating the nuclear agreement and fulfill their obligations,” he said.

“They can then interact with our country in the framework of solutions foreseen in the JCPOA like other signatories to the deal,” he said, referring to the nuclear deal, officially known as the Joint Comprehensive Plan of Action.