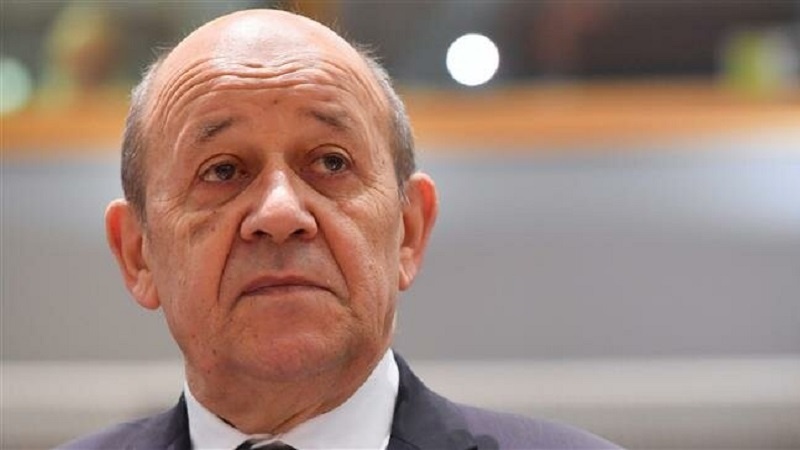 France says efforts aimed at saving a 2015 multilateral nuclear deal on the Iranian nuclear program hinges on the United States’ provision of waivers from the sanctions it has unilaterally and illegally re-imposed on Tehran.

“That all supposes of course that [US] President [Donald] Trump allows waivers on some points of the American bans,” Foreign Minister Jean-Yves Le Drian made the remarks, speaking to reporters in Paris on Tuesday, a day after intensive expert-level talks with Iranian delegates on ways to keep the deal in place.

According to Press TV, the United States renewed the measures after leaving the historic deal, known officially as the Joint Comprehensive Plan of Action (JCPOA), last year. The agreement had been clinched in Vienna between Iran and the 5+1 group — the US, the UK, France, China, and Russia plus Germany.

It lifted nuclear-related sanctions targeting Tehran in return for Iran applying certain limits to its nuclear energy program. Both Washington’s departure from the deal and its restoration of the sanctions came while the JCPOA has been ratified by the United Nations Security Council in the form of a resolution.

Now, Paris has taken the lead in European efforts to keep the JCPOA alive by guaranteeing Tehran’s business interests under the deal.

Le Drian said the push had come to focus on a possible guaranteed credit line for Tehran in exchange for oil. He, however, noted, “There is still lots to work out, it’s still very fragile.”

The thee European signatories stepped up their push to save the Iran deal after Tehran began a set of nuclear countermeasures in May to retaliate for the US’s withdrawal and the European deal partners’ refusal to live up to their contractual commitments, particularly keeping up their trade with the Islamic Republic despite the US bans.

The countermeasures have already seen the Islamic Republic surpassing the 3.67-percent enrichment cap set by the deal on its uranium enrichment activities.

A senior Iranian official familiar with the negotiations said, “France has offered the credit line of $15 billion but we are still discussing it. It should be guaranteed that we will have access to this amount freely and also Iran should be able to sell its oil and have access to its (own) money.”

Another sources aware of the talks also said, “The question is to know whether we can reach this ($15 billion) level, secondly who will finance it, and thirdly we need to get at the very least the tacit approval of the United States. We still don’t know what the US position is.”

Le Drian further addressed French President Emanuel Macron and Trump’s recent suggestions that negotiations could take place between the latter and President Hassan Rouhani towards easing the escalation caused by the US’s actions.

Macron hinted at the prospect of a meeting last month. Trump later alleged at a Group of Seven summit in Biarritz, France that he would be prepared to meet with the Iranian chief executive.

Le Drian also said of Macron’s remarks about a potential meeting that “the president sensed that President Trump was open to softening the strategy of maximum pressure, to find a path that could allow a deal to be reached.”

Also on Tuesday, though, Rouhani ruled out any bilateral negotiations with the US, saying talks would be possible within the 5+1 framework only if Washington lifts all its anti-Iran sanctions.