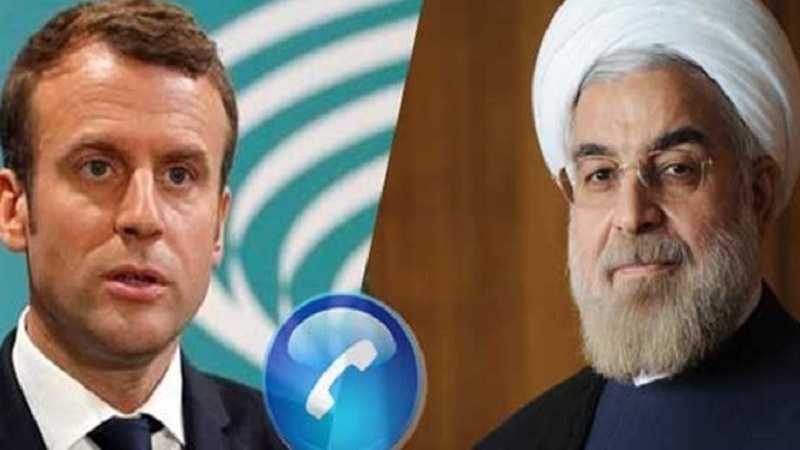 President Hassan Rouhani has criticized the failure of European signatories to the Joint Comprehensive Plan of Action (JCPOA) to fulfill their commitments under the 2015 multilateral nuclear deal.

According to Press TV, speaking in a telephone conversation with his French counterpart Emmanuel Macron late on Tuesday, Rouhani said Europe has already lost a great deal of opportunities to honor its commitments and cooperate with Iran, stressing that normalization of oil trade and banking transactions are the primary expectations that the Islamic Republic would like Europe to satisfy.

Rouhani also hailed as positive the recent visit of his Special Envoy to France – Iranian Deputy Foreign Minister for Political Affairs Abbas Araqchi, and stressed the need for continued talks between Tehran and Paris to ensure two sides’ commitment to the JCPOA.

“Despite Iran’s full compliance with the commitments, a small fraction of its economic interests has been served. We have not been witness to any serious action from Europe in the wake of the United States’ withdrawal from the JCPOA. Some European companies even followed US unilateral sanctions and left Iran,” the Iranian president pointed out.

Rouhani also called US sanctions against Iran as economic terrorism and inhumane, stressing that it is unacceptable to the Iranian nation to see their country standing committed to JCPOA obligations whilst the other side doesn’t demonstrate the least level of commitment.

He went on to say that the US policy to stoke tensions in West Asia will have negative repercussions on the security and stability of the region and beyond.

“The Islamic Republic of Iran has always been the main guarantor of security and freedom of navigation in the Persian Gulf, the Strait of Hormuz and the Sea of Oman,” Rouhani pointed out.

“Unfortunately, Europe has lost many opportunities over the past year to fulfill its commitments and cooperate with Iran. The more time passes by and Iran goes on with reducing its JCPOA commitments, the harder it gets for both sides to return to the start point,” he said.

The Iranian president further noted that Tehran will reverse decision to reduce its JCPOA commitments once its economic interests are secured.

Rouhani said Washington will not reap any benefits out of its fiendish moves against Tehran, and that the continuation of such a practice would be a zero-sum game for all.

“Iran has not and will never be the initiator of any tension in the region. Nevertheless, it will vigorously defend its interests if a conflict flares up,” he commented.

Macron, for his part, termed Araqchi’s recent visit to France as positive, noting that Paris will spare no efforts to secure Iran’s interests within the JCPOA, and normalize the Islamic Republic’s economic relations with other countries.

The French president added that Europe, notwithstanding US sanctions, has sought to establish trade ties with Iran and provide a line of credit.

Macron also described US anti-Iran sanctions as “unilateral and unacceptable,” calling for further cooperation and efforts to reduce tensions in the region and ensure the desired result.