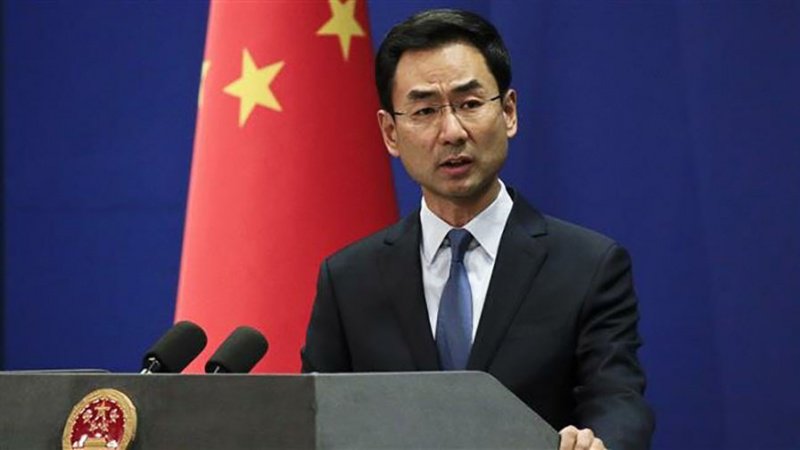 China has called on the United States to “immediately cancel” a major potential arms sale to Taiwan, which Beijing considers as a serious violation of its sovereignty over the self-ruled island.

Chinese Foreign Ministry spokesman Geng Shuang made the remark after the Pentagon announced on Monday the approval of the possible arms sale, estimated to be worth 2.2 billion dollars.

The sale, which is said to be requested by Taipei, includes Abrams tanks and Stinger missiles.

“The sale of weapons by the United States to Taiwan… seriously violates the One-China principle… grossly interferes in China’s internal affairs and undermines China’s sovereignty and security interests,” Geng said.

Geng called on the US to abide by the One China policy.

China has constantly warned the US over its relations with Taiwan. Beijing has sovereignty over the island and almost all world countries recognize that sovereignty under the policy known as One China.

The US, too, allegedly recognizes Chinese sovereignty over Taiwan, but it has long courted Taipei in an attempt to counter Beijing.

Since Trump took office in January 2017, his administration has opened a new de facto embassy in Taipei and passed a law to encourage senior US officials to travel to Taiwan to meet their Taiwanese counterparts.

Meanwhile, Taiwan’s Presidential Office expressed “sincere gratitude” to Washington, saying that the island would “continue to deepen security ties with the US.”

Back in March, Taiwan’s President Tsai Ing-wen said that the US was responding positively to Taipei’s requests for new arms sales to bolster its defenses in the face of what she described as pressure from China.

The recent confrontation between Washington and Beijing comes as the two are already involved in a bitter trade dispute caused by Trump’s bewilderment.