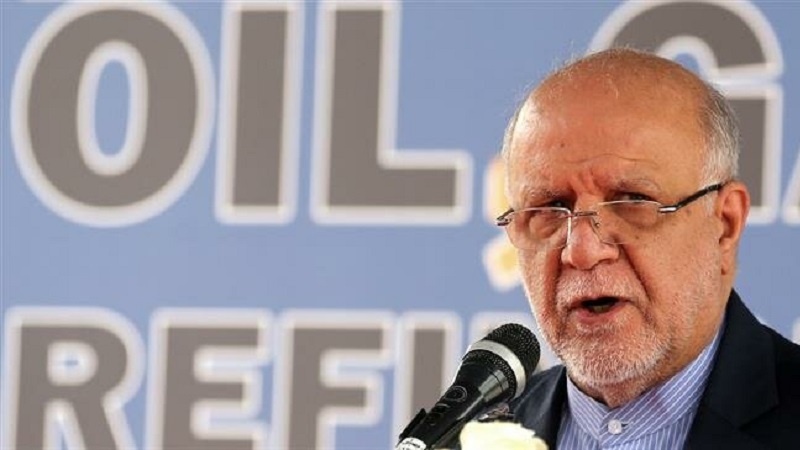 Iran’s oil minister says the world’s energy supply is threatened by the United States, not Iran which is a major guarantor of energy stability and peace in the region.

According to Press TV, Bijan Namdar Zanganeh made the remarks in reaction to an earlier claim by Saudi Oil Minister Khalid Al-Falih, who told CNN Iran is posing “threats to global energy security.”

“Mr. Falih is a respected technocrat, and we won’t hear such political words from him so often. He may have been asked to make such political remarks,” Zanganeh said in a televised interview on Sunday night.

“He could have made the remarks while both of us were in Vienna, so that I could immediately respond. Why has he made such remarks while I was 3,000 kilometers away?”

Zanganeh said unlike his Saudi counterpart’s claim, Iran is not a threat to the world’s energy security, but is the biggest guarantor of stability and energy security in the region.

The Saudi accusation comes as Iran itself is also harmed if the region’s energy security is threatened, he said.

Earlier on Tuesday, Al-Falih had told CNN Business that he’s “concerned though about the security of oil supplies from threats from state and non-state actors that we’ve seen.”

He cited recent attacks on oil tankers and pipelines as well as drone attacks on Saudi facilities, and blamed Iran for such developments.

Elsewhere in his remarks, the Iranian minister said the US is currently the biggest threat to the world’s energy security and stability.

“The US uses oil as a weapon. But they must determine whether it is a weapon or not. … If it is, everyone has the right to use it. The US cannot use it itself, and tell others not to do so,” he added.

The US has turned from a major oil consumer into a major producer, Zanganeh said, describing it as one of the reasons for the US sanctions against Iran and Venezuela.

The US has increased its oil output by 3.6 million barrels per day, and that had not been anticipated in OPEC’s calculations, and no one in the market predicted the US would increase its output with such a pace, he noted.

“The US needed to give a shock to the market so as to find a place for itself. Part of the sanctions is aimed at letting the US continue its shale oil production and development,” Zanganeh added.

Faced with increased shale output in the US and a weakening global economy, the 14-member OPEC renewed a pact earlier this week to extend supply cuts of 1.2 million bpd until March 2020. The agreement also covers OPEC+, a 24-member grouping led by Russia which is seeking prices up to $70 per barrel. Iran, Venezuela and Libya are exempt from the share of cuts in OPEC which is about 800,000 bpd.

Trump imposed sanctions on Iran in November last year and tightened them this month. The bans came after he unilaterally withdrew from a major international deal on Iran’s nuclear program in May 2018.

Iran has denied unverified analyses suggesting the sanctions have reduced its oil export to less than 400,000 bpd, saying it is exhausting all channels to circumvent the sanctions and ship its oil to international customers.