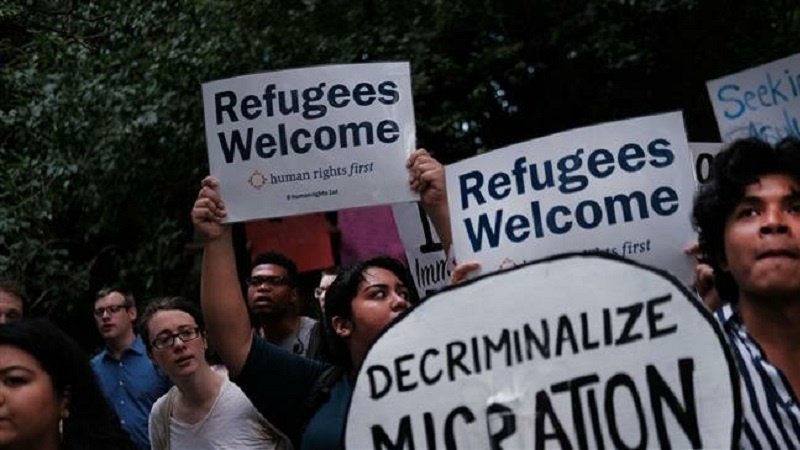 A leading human rights organization says the administration of US President Donald Trump is waging a campaign against activists, journalists and lawyers who support the rights of migrants and asylum seekers and record abuses of immigrants along the US-Mexico border.

According to Press TV, the report, published on Tuesday by Amnesty International, describes a pattern of interrogations, criminal investigations, prosecution, searches, travel restrictions and other actions taken since last year by the US Department of Justice and the US Department of Homeland Security.

The report, titled ‘Saving lives is not a crime,’ said the US government’s actions are “politically motivated” and a clear violation of US and international law.

The arrest of Scott Warren, a human rights defender, in January 2018 was not an isolated incident and part of a larger politically-motivated campaign of harassment and intimidation by the US government, Griffey said.

Trump has made his hard-line stance on immigration an integral part of his presidency and has promised to build a wall along the US-Mexican border to curb the flow of migrants from Mexico and Central America.

Meanwhile, a federal court in Seattle, Washington, on Tuesday blocked a Trump administration policy that allowed asylum-seekers to be detained indefinitely without giving them a chance to be released on bail.

The decision by US District Judge Marsha Pechman blocks a move by US Attorney General William Barr who concluded in April that asylum seekers who entered the country illegally were not eligible for bond.

“It is unconstitutional to deny these class members a bond hearing while they await a final determination of their asylum request,” Pechman wrote in her ruling.

Under Barr’s order, which would have gone into effect on July 15, thousands of migrants could have been detained for months or even years, while US immigration authorities examined their cases, prompting worry and criticism from multiple civil rights organizations.