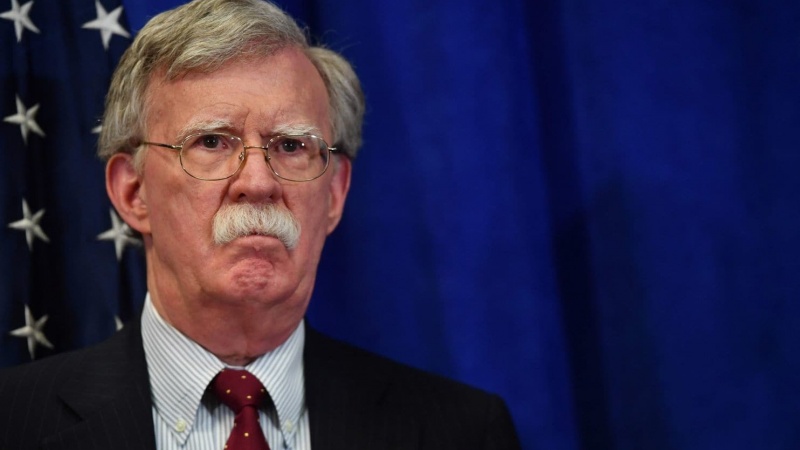 US National Security Adviser John Bolton, a known Iran hawk, said the last minute decision by his country to scrap planned strikes on Iran was a sign of prudence rather than weakness.

Speaking during a meeting with Israeli Prime Minister Benjamin Netanyahu, Bolton said US President Donald Trump’s order to halt the attacks in retaliation to Iran’s downing of a US spy drone was temporary.

“Neither Iran nor any other hostile actor should mistake US prudence and discretion for weakness,” Bolton said in al-Quds on Sunday. “No one has granted them a hunting license in the Middle East.”

The move came in the heat of a standoff between the two countries in the Persian Gulf, which has been largely blamed on the Trump administration’s interventionist policies in the West Asia.

In May last year, Trump announced upon leaving the 2015 Iran nuclear deal the launch of what has become known as a “maximum pressure” campaign against the Islamic Republic, which seeks to force Tehran to negotiate a new deal that curbs its ballistic missile program as well as its growing regional influence.

As part of the campaign, Trump has announced several rounds of what he calls “toughest ever” economic sanctions against Iran, mainly targeting its oil exports.

Bolton said Sunday that more sanctions had been approved by the administration and were going to be unveiled on Monday.

Many in Washington expected Trump to take military action against Iran in response to the drone incident, specially since he had already sent an aircraft carrier strike group, several long-range bombers and even more American troops to the region.

However, despite calling it a “very big mistake” by Tehran, Trump backed out of the war rhetoric he had spewed over the past few months and even thanked Iran for not downing a “manned” plane that was flying in Iranian airspace around the same time.

Trump also warned that with the US military “rebuilt,” military action was always possible. He even noted that he was ready for direct talks without any preconditions.

“As president Trump said on Friday, our military is rebuilt, new and ready to go, by far the best in the world. Sanctions are binding and more added last night,” Bolton said.

Trump’s refusal to go into war with Iran amounts to a defeat for Bolton, who has been working with US Secretary of State Mike Pompeo to push the two sides towards military conflict.