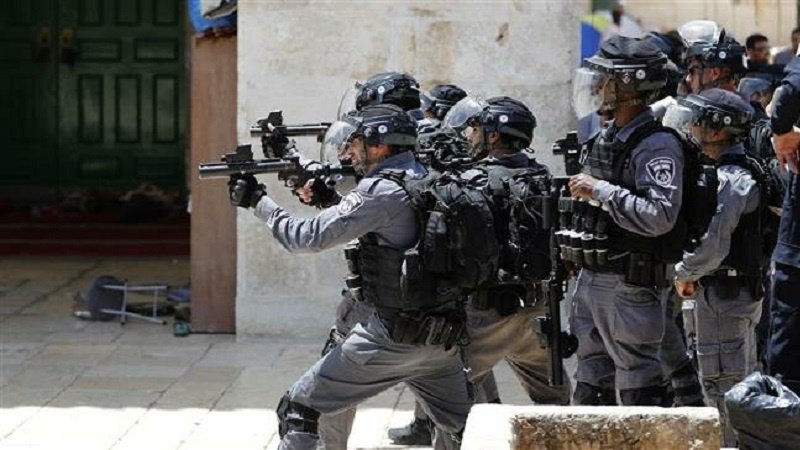 The Palestinian Center for Development and Media Freedoms (MADA) says the Zionist regime’s military committed 84 violations against Palestinian journalists in the month of May as the Tel Aviv regime continues its repressive measures against members of the press both in the occupied West Bank and besieged Gaza Strip.

According to Press TV, MADA, in a report published on Sunday, announced that the number marks a sharp increase compared to the preceding month of April, when 19 violations were documented.

The report then pointed to the recent closure of Facebook accounts of at least 65 Palestinian journalists and activists in a campaign carried out on May 23 and 24.

MADA further noted that Israeli military aircraft targeted and destroyed the office of Turkey’s official Anadolu news agency, besides the office of Palestine Liberation Organization-affiliated Abdullah al-Hourani Center for Studies and Documentation when they bombed the Gaza Strip on May 4.

The report went on to say that Palestinian photojournalist Mohammed Mahmoud Hassan suffered a gunshot wound as he was covering a weekly demonstration against the expropriation of Palestinian lands by the Israeli regime in the village of Kfar Qaddum, near Nablus in the occupied West Bank, on May 10.

Two journalists, identified as 42-year-old Abdel Rahim Mohammed Khatib and Ramzi Hatem al-Shukrit, 35, were also separately injured during their coverage of the anti-occupation ‘Great March of Return’ protests east of the border city of Rafah, located 30 kilometers south of Gaza City, on the same day.

One of them was struck by a rubber-coated metal bullet, while the other was directly hit by a tear gas canister.