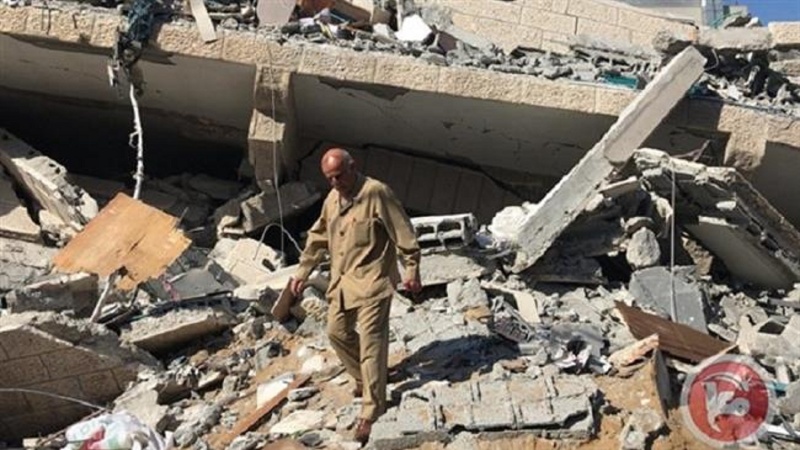 Ten more Palestinians have been martyred on the third day of Israeli strikes against the besieged Gaza Strip, bringing the total Palestinian death toll since Friday to 17, while 110 Palestinians reported injured.

The official Palestinian news agency Wafa, citing the Gazan Health Ministry, said three Palestinians lost their lives in an Israeli airstrike that targeted a crowd in the Gaza City neighborhood of Shujaeya on Sunday.

The ministry also said that at least 90 people had been wounded in the Israeli aggression against the sliver.

Tensions erupted in Gaza on Friday following the martyring of four Palestinians, two in an Israeli air raid on southern Gaza and two during the regime’s live fire at anti-occupation protesters near a fence separating the blockaded coastal enclave from the occupied territories.

Among the 17 Palestinians martyred since then have been a pregnant mother and a 14-month-old baby girl.

The Israeli regime claims that it started the strikes after two of its soldiers were wounded by Palestinian gunfire near the Gaza fence and that it has been hitting the positions of Hamas.

The resistance movement has said Tel Aviv has been breaching earlier ceasefire “understandings,” and has been retaliating the Israeli strikes with rockets.

The Tel Aviv regime says about 450 rockets have been fired at the occupied lands over the past days. The Israeli army says its warplanes have targeted some 180 sites in the Gaza Strip.

The latest rocket fire from Gaza killed a 60-year-old Israeli man. A total of some 83 Israelis have also been wounded.

The Gaza Strip has been under an Israeli siege since June 2007, causing a decline in living standards as well as unprecedented unemployment and poverty.

Israeli regime has also launched several wars on the Palestinian coastal sliver, the last of which began in early July 2014.