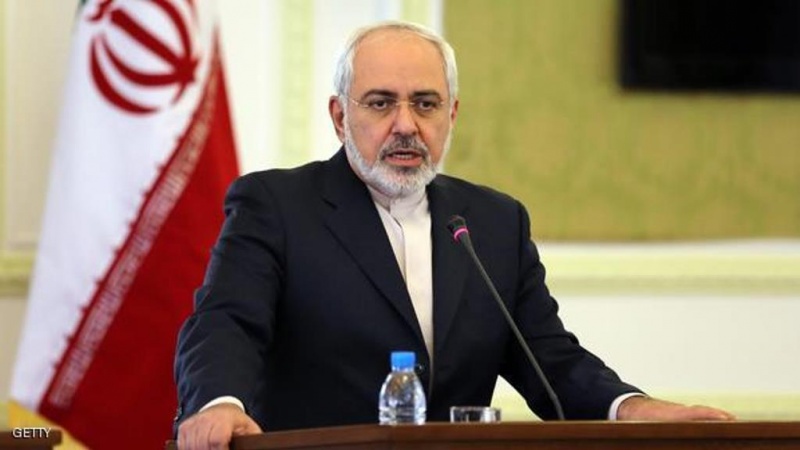 Foreign Minister Mohammad Javad Zarif highlights again how the US National Security Advisor John Bolton has been feverishly trying to push Washington towards war with Iran.

The top diplomat cited many evidenced revelations across the US media and elsewhere to exemplify his remarks.

The tweet incorporated a snapshot of a 2018 article in The New York Times that showed how Bolton had been promoting the notorious and deadly anti-Iran terrorist Mujahedin-e Khalq Organization (MKO) as “viable opposition” and an alternative to the establishment in the Islamic Republic.

Zarif also attached another image captured from a profile published by The New Yorker on Monday that detailed Bolton’s idiosyncrasies, including by citing a former senior advisor to the US administration’s remarks that “John wants to bomb everyone.”

“But Iranians didn’t need to read a 10,000-word New Yorker profile to be convinced,” Zarif chided.

“We’ve seen him (Bolton) shill for a cult terror group,” he tweeted. The Iranian foreign minister was referring to evidence showing how Bolton had received a $40,000 “speaking fee” to address the MKO’s annual gathering in Paris.

“…and—along with his B-Team accomplices—target Iranians with Economic Terrorism,” he added.