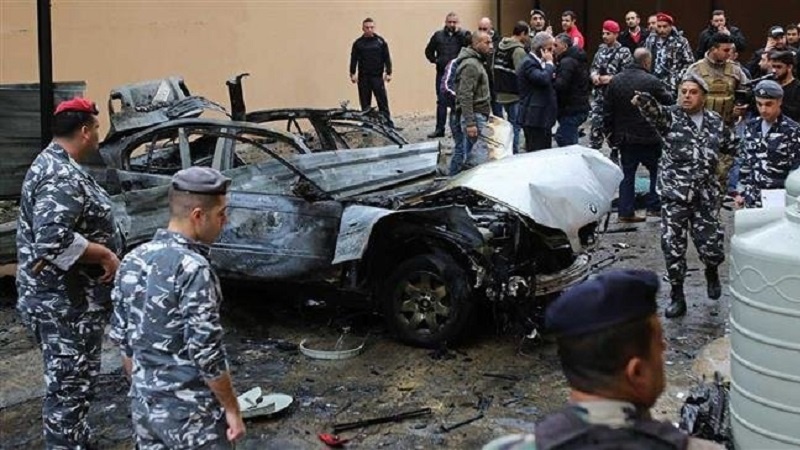 Lebanon’s army says it had arrested a suspected agent of Zionist regime’s spy agency Mossad over a car bomb explosion in the country’s southern city of Sidon, which slightly wounded a member of the Palestinian Islamic resistance movement, Hamas, last year.

According to Press TV, the Lebanese Army Intelligence Directorate said in a statement on Tuesday that Hussein Ahmad Batto was captured on January 21 in the Sharhabeel area of Sidon, located 40 kilometers (25 miles) south of the capital, Beirut.

The statement added that Batto reportedly admitted that he had been under Mossad’s employment since 2014.

“[Batto] met his employers outside Lebanon, and was handed equipment and devices specifically for monitoring and communication.

“He also admitted to monitoring (Mohammed) Hamdan since the summer the 2017, and that he located his residence, followed his movements and transferred the gathered information to his employers,” the statement pointed out.

“He stayed outside the country for three months and returned based on their request,” the statement said, adding that Lebanese army forces had seized a large number of electronic devices from the Israeli agent.

According to a report published by Lebanon’s Arabic-language al-Akhbar newspaper on January 29, 2018, two Israeli agents were aided by two locals in the assassination operation against Hamdan on January 14 last year. They left Lebanon using Georgian, Swedish and Iraqi passports.

The report added that Lebanese security officials had managed to identify the pair, obtain their photographs and copies of their identity documents, the date of their entry into and exit from Lebanon, their respective roles in the operation and the nationality they used to operate under disguise.

Lebanese intelligence officials, requesting anonymity, told al-Akhbar that one of the Israeli agents was a man holding a duel Swedish-Iraqi citizenship, while another was a Georgian woman working for Mossad.

The officials went on to say that, Mossad kept Hamdan under surveillance for more than seven months.

Hamdan suffered a leg injury in the car bomb explosion. He was taken to a local hospital for treatment.

The explosion destroyed the vehicle and caused damage to a nearby building, sending black smoke rising above the city.