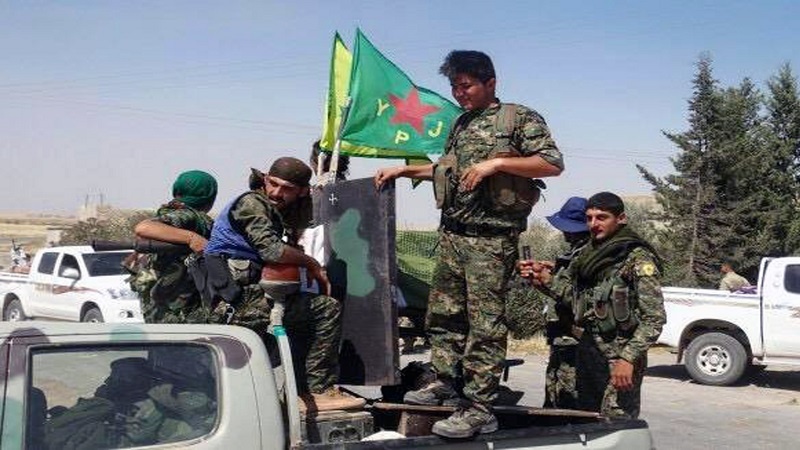 The US-backed People’s Protection Units (YPG) have denied reaching an agreement with Damascus over Syrian troops being deployed to Afrin to fend off a Turkish offensive.

“There is no agreement. There is only a call from us for the Syrian army to come in and protect the borders,” YPG Spokesman Nouri Mahmoud was quoted by Reuters as saying on Monday.

The announcement came several hours after Syria’s official SANA news agency reported that government-backed “popular forces will arrive in Afrin in the next few hours to support the steadfastness of its people in confronting the aggression which Turkish regime forces have launched on the region.”

According to senior Kurdish official on Sunday, an agreement was reached with the Syrian government over troops entering Afrin to help with repelling Turkish forces.

Badran Jia Kurd told reporters that government forces would be deployed on several border locations and could enter the region over the next few days.

Turkey has been waging “Operation Olive Branch” against Syria’s Afrin region since January 20 in a bid to eliminate the US-backed People’s Protection Units (YPG), which forms the backbone of the SDF. The Turkish government views the YPG as a terror organization and the Syrian branch of the outlawed Kurdistan Workers’ Party (PKK). The latter has been fighting for an autonomous region inside Turkey since 1984.

Meanwhile, Turkish Deputy Prime Minister Bekir Bozdag has said that Ankara deems news of Syrian forces entering Afrin as being fake adding that Turkey is yet to find any proof of such actions.

“The news of the agreement between the YPG [Kurdish militia] and the Syrian government for the latter to send forces to Afrin appeared today. We are following these reports. The information has not been confirmed to us through official channels. As far as we know, nobody is talking about sending Syrian government forces there at the moment,” he added.

Bozdag added that Syrian troops entering Afrin to support Kurdish forces, would lead to a catastrophe which could result in the county’s division.

“If the Syrian government enters [Afrin] to support the YPG, it will pave the way for a catastrophe,” he added.

Earlier in the day, Turkish Foreign Minister Mevlut Cavusoglu said that his country will confront any Syrian pro-government forces entering in the Kurdish-controlled enclave of Afrin.

“If the regime [in Damascus] is entering there to cleanse the PKK and PYD, then there are no problems,” he said, referring to the Kurdistan Democratic Union Party (PYD), which is considered as the YPG’s political wing.

“However, if it comes in to defend the YPG, then nothing and nobody can stop us or Turkish soldiers,” Cavusoglu’s further told a press conference during a visit to the Jordanian capital Amman.

The developments come a few weeks after Kurdish authorities in the Afrin district appealed to the government of Syrian President Bashar al-Assad to send troops and help defend them against the Turkish incursion in line with protecting Syria’s sovereignty.